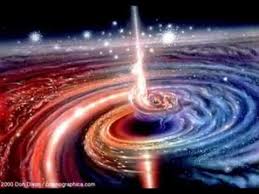 “A mysterious intelligence often comes into play during hypnotic suggestion…. This, perhaps, is the most fundamental insight we gain from hypnosis, this glimpse of a superior intelligence within us that can dramatically alter our perceptions and thinking, restore healthy functioning, and enhance our most basic capacities.”- Michael Murphy, The Future of the Body

There have been many mind-blogging and wondrous events associated with hypnosis and its ability to heal. There are stories of people who are diagnosed with life threatening diseases that go away for no apparent reason. I believe that there are times when the mind-body and spirit can come together and release for us the perfect scenario for healing. Here is one amazing story of how hypnosis transformed and healed a genetic disease.

The following was copied from Radiolab

“In February of 1951, Dr. Albert Mason began treating a teenage patient whose skin was so ravaged that after two unsuccessful skin grafts, his plastic surgeons agreed they could do nothing else to help him.

On the plus side, Mason had had success using hypnosis on patients with warts before, and he figured it might help this kid. So he decided to start with the boy’s left arm (he specified one body part at a time in order to isolate a direct cause and effect from hypnosis). The arm cleared up in under two weeks.

As Mason moved on to the rest of the boy’s body, he documented his progress — which was shocking, especially once Mason realized he wasn’t treating a bad case of warts (as he’d originally thought), but an incurable disease: congenital ichthyosiform erythrodermia.* Stunned by the boy’s improvement, he typed up a paper charting his results in 1952 (PDF). Complete with photos…”