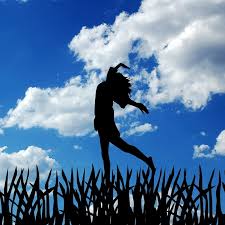 This is one of the most famous quotes of the famous Greek philosopher Socrates. And with good reason…when we start to examine our live we will begin to notice that it reveals patterns of thoughts and behaviors that are a product of our subconscious programming. Some of which may be useful to us and some that may be holding us back from achieving a more fulfilling, healthier life. Until we become aware of these patterns much of our lives will be unconscious repetition. This is because all habits, routines, emotions, feelings, and core belief are not held in our awareness but in our subconscious mind, the part of our mind that  controls nearly every choice we make.
Here’s a simple way to show you what I mean. Repeat the alphabet, go ahead….bet that was easy. Okay, now repeat it again but only say every 3rd letter of the alphabet. What happened? Most likely it was much harder for you. Why? The second time you repeated it you had to THINK, you had to use your conscious mind. The first time you  said it you used your subconscious mind where everything you learned is stored.
What habitual thoughts and ideas have you been programming?
Each time you repeat an experience, (thought, action, feeling, etc.) it causes neurons in the brain to wire together with greater and greater strength and forms a network in your brain,  your thoughts, emotions, and actions are literally on automatic! Once your reactions become habitual it becomes more difficult to rewire them to respond differently, we become conditioned.

This works out well when learning a new useful skill because the network of neurons helps us to remember what to do in a given situation, but not so good, for instance, when we learn to overeat as a way to respond to stress.

“There’s nothing to fear, but fear itself”.
Other examples of a habit patterns got awry are our fears, phobias, and anxiety. Did you know that there are only two inborn fears, the fear of falling and the fear of loud noises (being startled) all other fears are learned. Our subconscious wars meant to become active only during times of real danger. But as humans developed, threats to what we believed were real changed.

Childhood, the developmental years
During childhood, when the mind doesn’t have the full capacity to truly judge or analyze a situation, a child’s mind can create real or irrational fears, which can leave negative imprints in the brain. As an adult you may still be responding to those old forgotten memories because subsequent events that remind the subconscious of the original event can now trigger the anxious feelings. A client of mine had terrible anxiety attacks every time he tried to drive to Boston. He could drive anywhere else, but not Boston, and he didn’t understand why this was so. During a hypnosis session with me  he came to recall a time that he and his friends took his parents car to see a basketball game when they were out of town, (Which he was adamantly told not to do). After the game he couldn’t find his car. The extreme fear he felt of not getting home before his parents found out he took the car, overwhelmed him. At some point the boys found the car, and he got home before his parents. But ever since that day his subconscious gave him panic attacks whenever he tried to drive to Boston. That’s because his subconscious mind began to learn to associate driving to Boston with the danger of being punished and the guilt he felt of going against his word. For 5 years he couldn’t drive to Boston but after 4 sessions of hypnosis he was freed from his phobia.